During the last two weeks I worked around a new GrabCaster feature, the embedded version, essentially I’m thinking to the possibility to embed the GrabCaster features inside the applications and components, for example to extend another framework as BizTalk or SharePoint or to provide integration capabilities to custom applications or particular application as Windows Word or Excel and more.

Because with GrabCaster I’m able to create a new trigger and integrate any king of technology in fast way, why not extend this potential to BizTalk?

Last evening I release the embedded version which is a interface component provided by GrabCaster to embed its features inside any application or component.

Embed GrabCaster is very simple and you can find an example in the GrabCaster Code, the sample name is GrabCaster.Laboratory.ConsoleEmbedded.

I create a simple console application and I added these two references:

The code is very simple as below.

Declare a simple delegate which will use to receive the GrabCaster events from the internal engine.

Create the event as below.

To execute our application as GrabCaster point we need to provide it the configuration file and the Bubbling Events directory.

If you are hosting GrabCaster in a component then you will use GrabCaster_[YouComponentName] and not the executable. 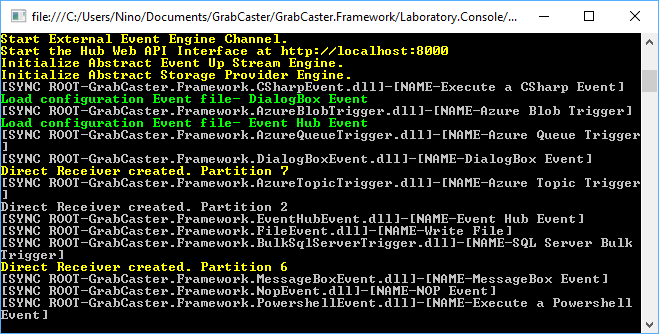 I tried a couple of more interesting demos like configure a trigger to receive data from the event viewer machine below the result: 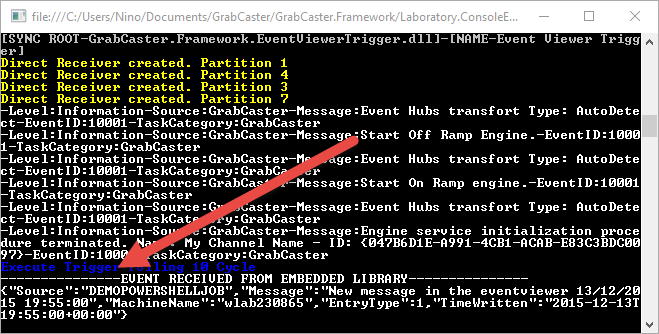 Now I like the idea to create a BizTalk adapter  and embed GrabCaster inside it, BizTalk and GrabCaster  will be able to work together as a common extension that means we will be able to integrate any particular technology or device in very fast way and for any integration animal who would like to work on it I opened a new issue in GitHub regarding that.

You can find more information about GrabCaster in GrabCaster.io, in the next weeks I will make some videos to show how to use GrabCaster and some interesting samples.

Is BizTalk server a T-Rex?